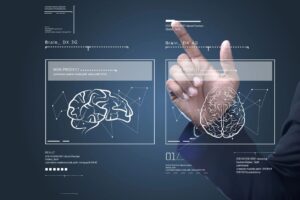 A continuing legacy of mindfulness programs like MBSR and other mindfulness-based interventions, or MBI’s, is a common misunderstanding about what they are — and what they aren’t.

Jon Kabat-Zinn, PhD, was a molecular biologist working at the University of Massachusetts in the late `70’s. He had a long standing meditation practice, and found tremendous benefits in his own life. This led him to question whether mindfulness might help fill an existing gap in healthcare, helping those who were falling through the cracks. He was inundated with referrals after contacting colleagues with his proposal of creating a stress reduction program, which eventually resulted in the Center for Mindfulness (CFM) at the University of Massachusetts Medical School’s Mindfulness-Based Stress Reduction Program, or MBSR.

To date the CFM has over 26,000 people take the program over nearly forty years of operation, first under Kabat-Zinn, and then under the leadership of long-time colleague Saki Santorelli. To meet rising demand, the CFM created teacher training programs, authorizing others to deliver MBSR after a rigorous, multi-year program of learning, practice, and hands-on delivery. MBSR has also formed the backbone structure of other MBI’s, like Mindfulness-Based Cognitive Therapy, Mindful Self-Compassion, and at least a dozen similar programs taught in U.S. academic institutions like University of California San Diego, University of Minnesota, and internationally at Oxford, Exeter, and many others. MBSR is taught in English, German, Spanish, French, Italian, Portuguese, and is available in-person and online.

When a program utilizes exercises that are commonly associated with a religion, it’s a perfectly valid question to ask: is this course religious? And if it makes claims about science, another question arises: is this science, or “woo?”

While it’s true that several of the core activities and home practices in MBI’s may also be found in religious settings, it’s important to note that those practices themselves are neither exclusive to one religion, nor are they inherently religious. Contemplative reflection may be found in Christianity in the Centering Prayer, and is not just a Buddhist practice. Nor are guided meditations like the Body Scan or Mindful Movement fostering anything particular to a spiritual tradition; rather, they are designed to exercise and nurture an existing human capacity to notice what’s being experienced in the present. Consider taking a first sip of coffee in your day, and perhaps savoring that rich flavor for a moment. Or noticing when you’re getting full at a large meal, and deciding it might be best to not have another piece of cake!

Mindfulness practices help people not only tune into what’s already here, but that awareness itself can foster a skill with being less reactive, and more responsive. You may have said something you later wished you hadn’t; what would it be like to have a way to build your competency to moderate more quickly, and pause when it may be more helpful to the situation?

This is one of many beneficial aspects to mindfulness training, coming from basic practices of noticing that are based in what it’s like to be a person, our behaviors and our neurobiology, rather than an ideological stance or religious affiliation. In MBSR there are no subtle pushes in any spiritual direction, and people of all backgrounds are welcome to a curriculum based on shared humanity. Interestingly, many people who do have particular religious ideals have reported to feeling even more connected to their beliefs after the program, all without any reference or teaching about spiritual topics.

In addition to formal meditation and movement practices, MBSR and similar programs are informed by the latest understanding of teaching methods and group dynamics, psychology, and neurology. There are measurable changes in brain structure and function after participating in an MBI that correlate to what students experience. Often family and friends notice how they’re changing, becoming more able to function in difficulties, a return of gentleness and caring, and addressing sometimes long-term conditions of anxiety, depression, even lessening the symptoms of post traumatic stress.

Because there is a specific and standardized curriculum, MBSR has been the mainstay of scientific research about mindfulness. While there is a wide range of rigor in the field and certainly some studies are less reliable than others, mindfulness continues to show beneficial results that have both self-report and biometric evidence to support its efficacy, even in treating medical conditions. And while there are some studies finding little effect, those have often proven to be poorly executed, using actual meditation and calling it sham meditation as a control condition. While pseudo-scientific effects consistently vanish in the harsh light of good science that controls for bias and other influences, mindfulness continues to invite that close examination and shows positive results, and improves the measures used for analysis.